Robert Lewandowski’s long Bundesliga goalscoring run came to an end but the 10-man champions eased to yet another comfortable win.’ 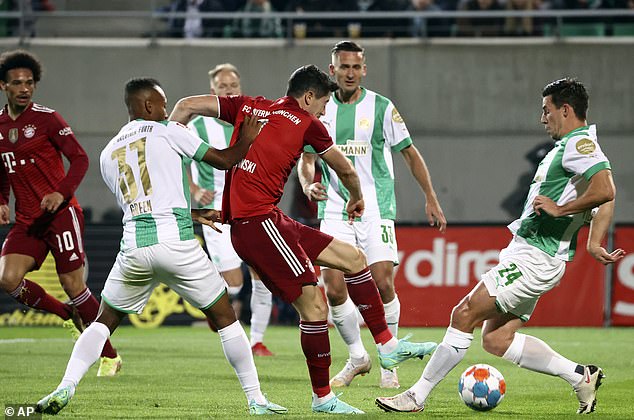 Robert Lewandowski’s scoring streak ended and Benjamin Pavard was sent off, but Bayern Munich still cruised to a 3-1 victory over Greuther Furth in the Bundesliga.

It was always going to be a one-sided encounter against the promoted club, bottom in the Bundesliga and without a win this season, and Bayern took a quick lead after 10 minutes with Thomas Muller slotting in from an Alphonso Davies cutback. 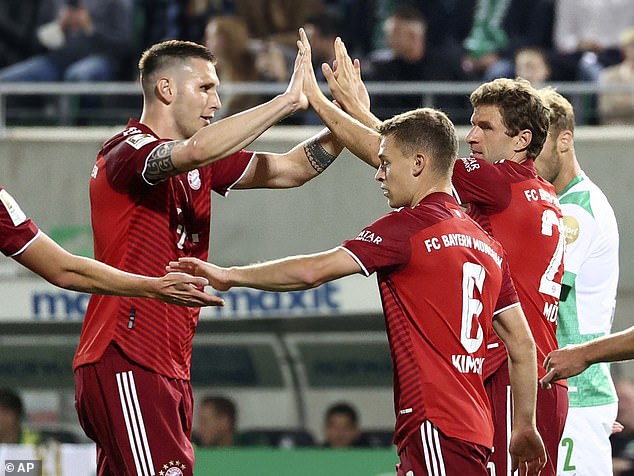 Joshua Kimmich was devastatingly accurate with a low drive on the half hour to score his third league goal, after netting twice last week, and Lewandowski hit the woodwork just before the break.

A reckless challenge by Benjamin Pavard three minutes after the restart left the champions with 10 men but it hardly changed the dynamic of the game.

A 68th minute own goal by Sebastian Griesbeck, under pressure from Lewandowski, killed off any slim hopes of a comeback that Fuerth may have been secretly harbouring. 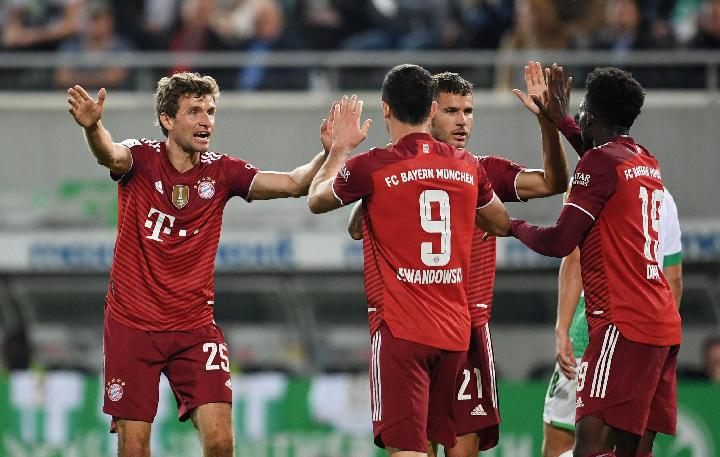 The home fans did get a moment to savour when Cedric Itten headed in a cross in the 87th minute to cut the deficit.

Bayern, who take on Dynamo Kyiv in the Champions League next week, move up to 16 points from six matches, with VfL Wolfsburg, on 13 in second place, travelling to Hoffenheim on Saturday.