Federico Chiesa scored the decisive goal as Juventus sealed a record-extending 14th Coppa Italia title with a 2-1 win over Atalanta on Wednesday.

It has been a disappointing first season in charge for Andrea Pirlo, with the Bianconeri knocked out of the Champions League at the last-16 stage by Porto and their hopes of qualifying for next season’s competition hanging by a thread ahead of the final round of Serie A fixtures this weekend.

Juventus who took the lead thanks to a fine finish from Dejan Kulusevski in the 31st minute.

Atalanta, looking to win their first Italian Cup since 1963, deservedly levelled through Ruslan Malinovskiy four minutes before the break.

But Pirlo’s side stepped it up after the break and Chiesa fired home his 13th goal in all competitions this season in the 73rd minute to spark jubilant scenes among the Juve players and staff at the final whistle. 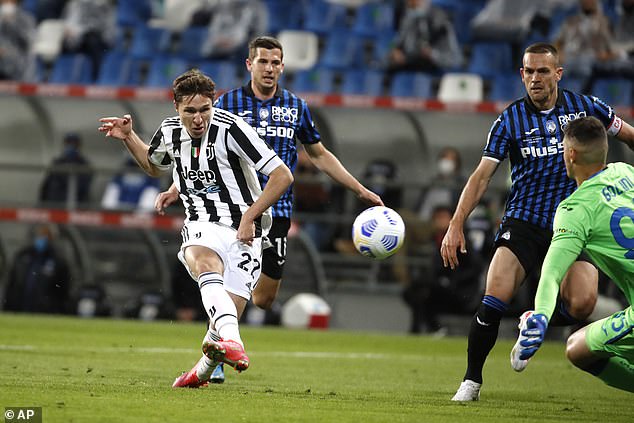 Cristiano Ronaldo has now won every domestic trophy in England, Spain and Italy.

Goalkeeper Gianluigi Buffon, 43, ended his Juventus career on a high on Wednesday night.

Sun May 30 , 2021
Kai Havertz scored the only goal of the game as Chelsea won the Champions League for a second time by beating Manchester City 1-0 in an all-English final in Porto. Chelsea forward Havertz saved his first Champions League goal for the biggest stage at Estadio do Dragao on Saturday, opening the scoring late […]