Edinson Cavani and Bruno Fernandes both scored twice as Manchester United thrashed Roma 6-2 in the first leg of their Europa League semi-final.

Fernandes opened the scoring in a thriller at Old Trafford on Thursday, but Roma led 2-1 at half-time despite losing three players due to injury – including goalkeeper Pau Lopez. 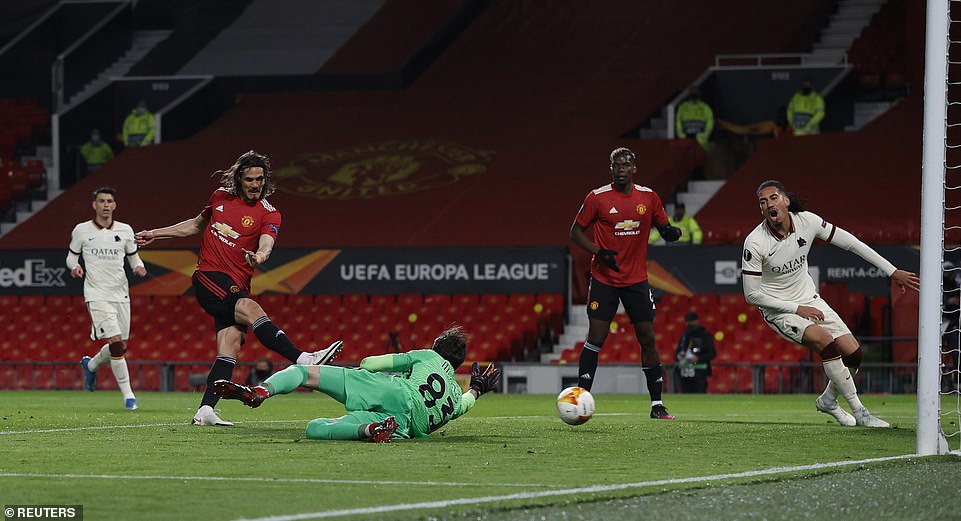 Dzeko put the Italians ahead before half-time with his eighth goal against United for Manchester City, Wolfsburg and Roma over the course of three decades.

But United have a pretty decent veteran striker of their own. Cavani scored twice and had a hand in two more for Bruno Fernandes to surely put the tie beyond Fonseca and his team. 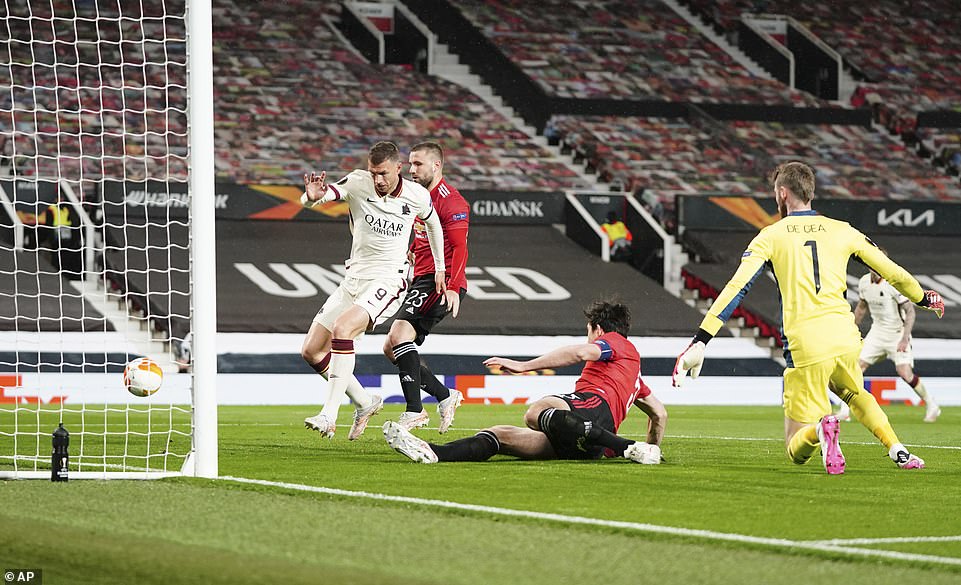 He may be 34 now but Solskjaer should do all he can to persuade him to stay for another season. A striker of Cavani’s ability will be hard to find at the right price this summer.

United’s first goal arrived in the ninth minute and what a fantastic effort it was too.

Three of their big-name players combined to score it with Paul Pogba starting the move after taking a pass from Luke Shaw. 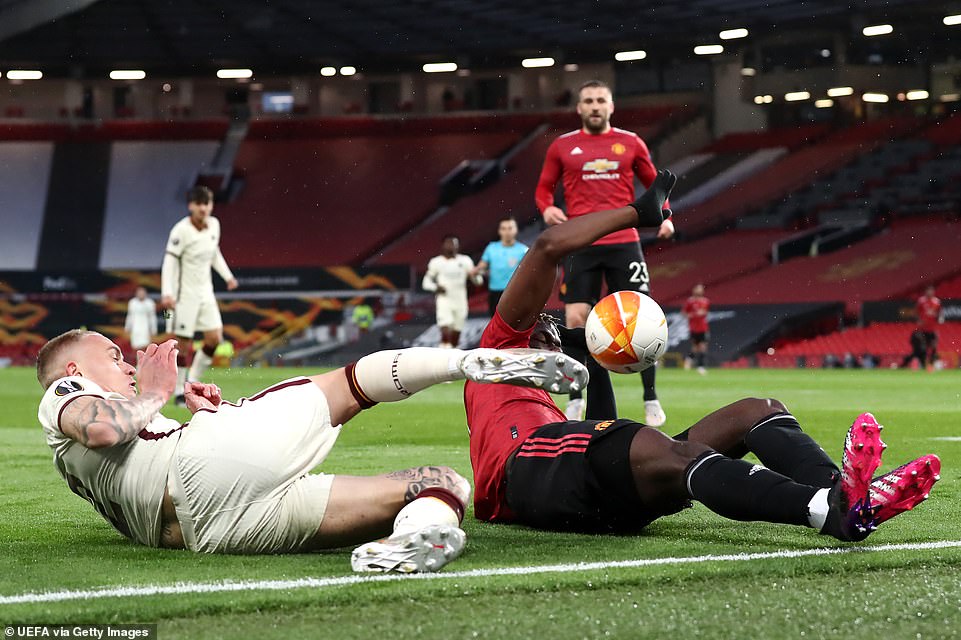 The Uruguayan produced an exquisite pass into Fernandes who drew Paul Lopez before dinking the ball superbly over the Roma keeper.

At that stage the Italians looked a little ragged after losing midfielder Jordan Veretout early on when he pulled up with a leg injury. 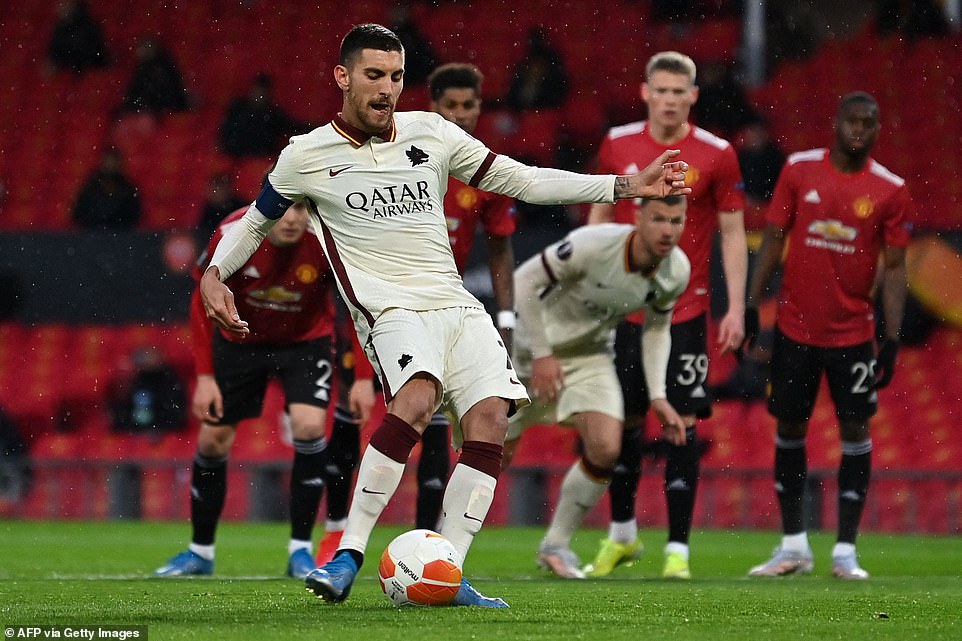 But they were level within four minutes of Fernandes’ goal when Pogba was penalised for handball.

Fernandes scuffed an effort wide before Lopez hurt his left shoulder beating away Pogba’s effort from 25 yards and became the second Roma player to go off in the first half closely followed by Leonardo Spinazzola.

Not before Spinazzola had made the run that led to Roma taking a shock lead in the 34th minute. Henrikh Mkhitaryan, another former United man, played an excellent reverse pass into Pellegrini and he squared the ball for Dzeko who forced his way into between Harry Maguire and Shaw to score from close-range. 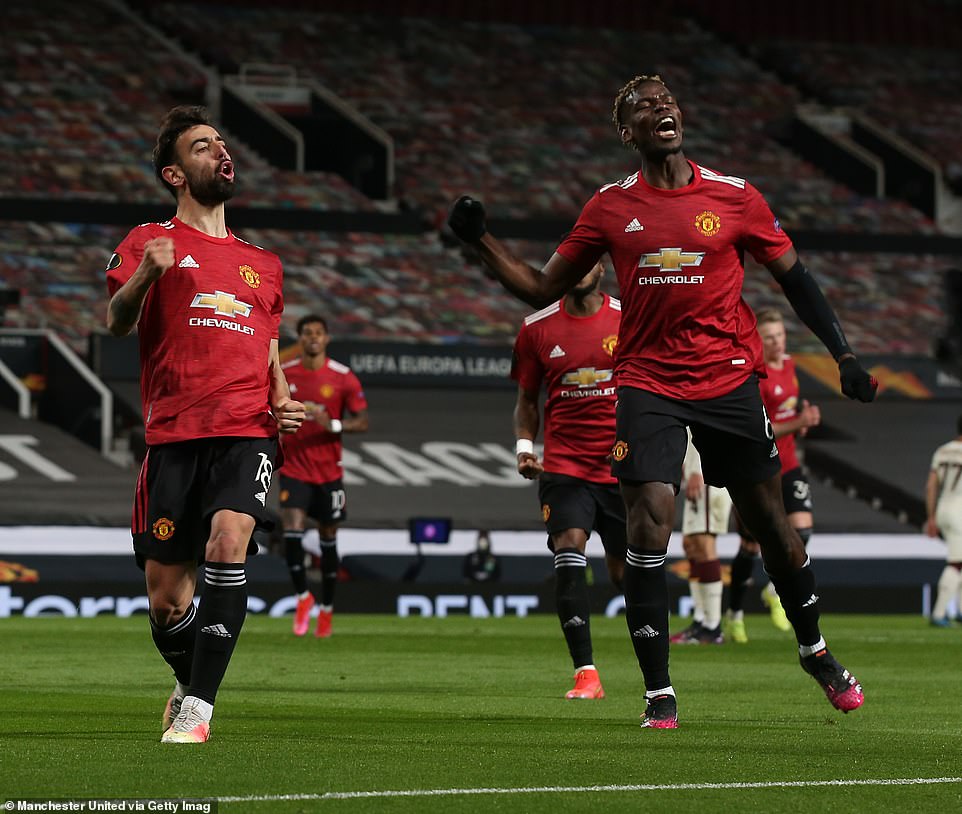 Cavani wasted a change to put United level at the break when Roger Ibanez gifted the ball to him in front of goal but he was denied twice by replacement keeper Antonio Mirante and Smalling. It was about the only thing Mirante did right.

Cavani needed less than three minutes of the second half to make amends, however, as United fashioned another wonderful goal. 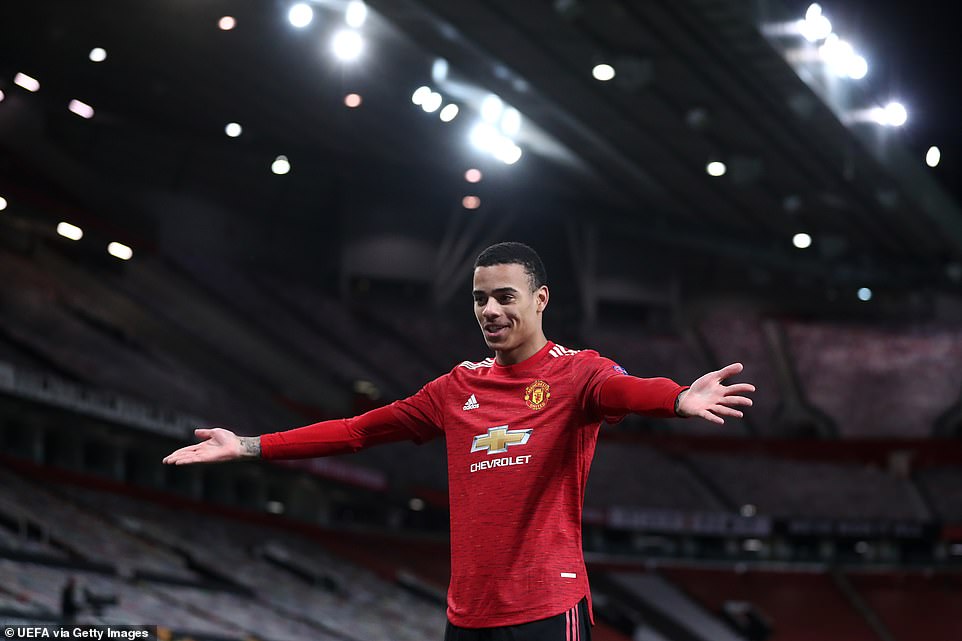 The former Paris Saint-Germain striker collected a throughball from Pogba and laid the ball off to Fernandes. He played it back to Cavani who took the shot in his stride first-time sweeping it into the top corner.

Scott McTominay went close to scoring at both ends of the pitch before Cavani got his second after a period of United pressure and an error from the goalkeeper in the 64th minute. 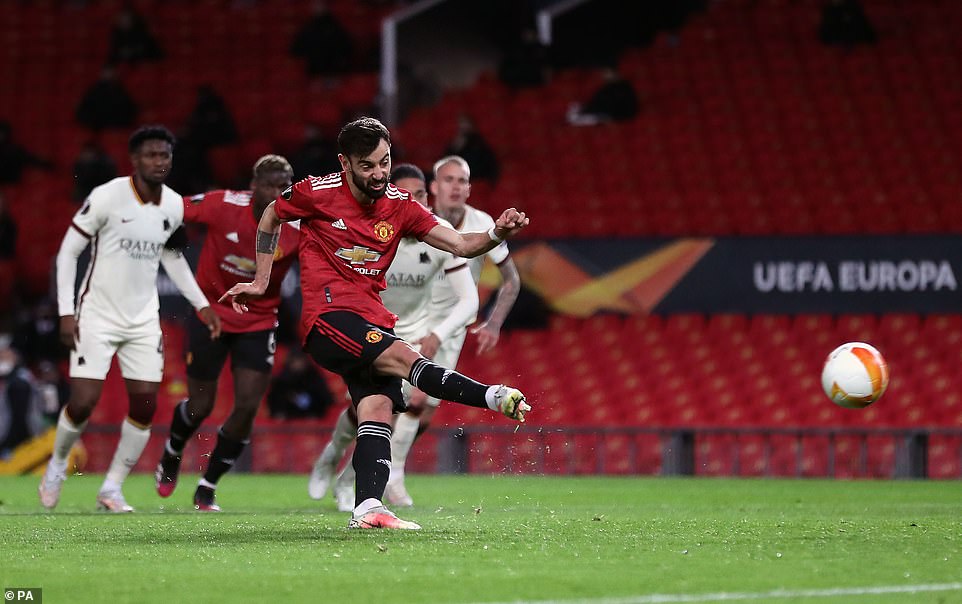 Fernandes played the ball out to Aaron Wan-Bissaka who fired in a weak shot that Mirante palmed straight to the feet of Cavani and he scored in the empty net.

Fri Apr 30 , 2021
Unai Emery saw Villarreal claim a 2-1 advantage over former club Arsenal after an eventful first leg of their Europa League semi-final clash that saw both teams finish with 10 men. Emery, who was dismissed by the Gunners in November 2019 after a poor run of form, watched on as Villarreal […]