Nepali National Football team has been announced for a friendly match against Bangladesh.

The All Nepal Football Association (ANFA) announced the 25-member Nepali team on Wednesday.

ANFA has announced a 25-member team out of 34 players called for training.

In which midfielder Rohit Chand is not in the team. Rohit is out of the team due to injury during training. Similarly, seven other players will not go to Bangladesh due to infected by Coronavirus. 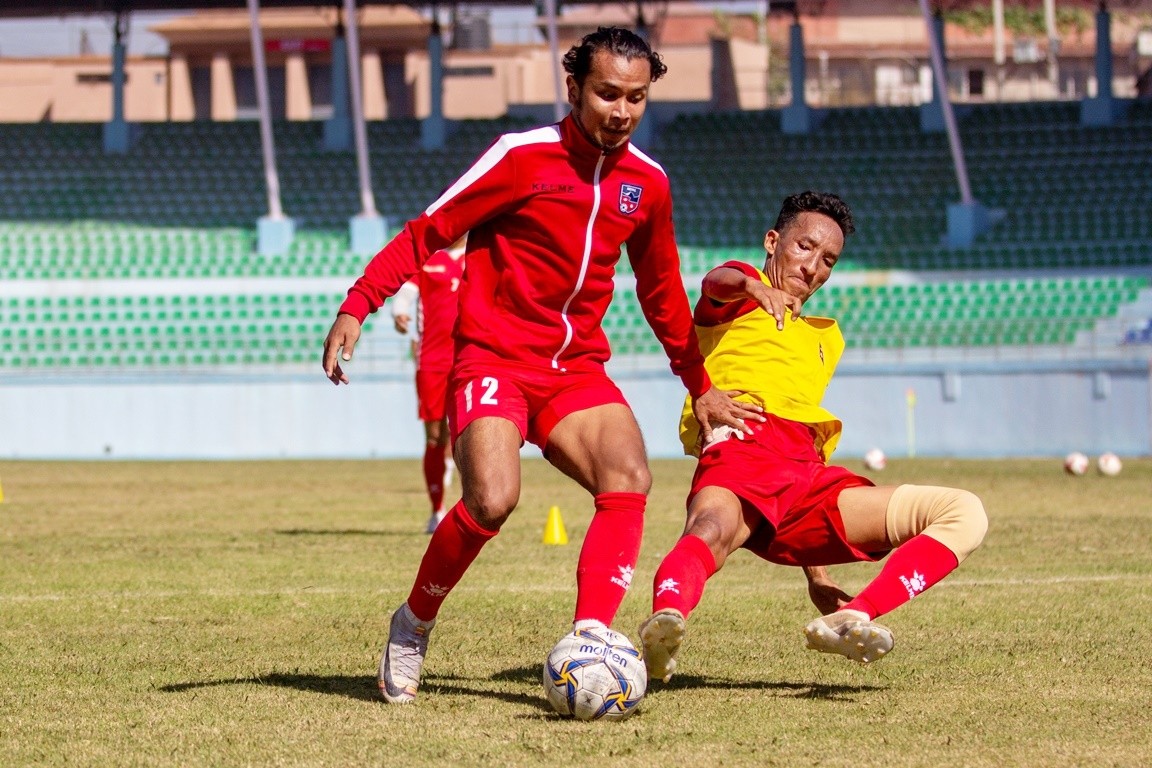 However, for the first time, eight players have been named in the squad announced by ANFA.

Nepal will play two friendly matches against Bangladesh on October 12 and November 15.

Nepal will play against Bangladesh under the coaching of Bal Gopal Maharjan.

As head coach Johan Kalin is in Sweden, ANFA has given Mr. Maharjan the responsibility of looking after the team.

According to ANFA, Kalin was not allowed to return to Nepal after the Swedish government tightened his visit due to the Coronavirus pandemic.

Kiran Shrestha is the assistant coach of the team and Bikas Malla is the goalkeeper coach.

Nepal, which is playing the second round of the FIFA World Cup qualifiers, is going to play a friendly game in preparation.

Nepal has not played against Bangladesh after the clean championship.

Nepal had defeated Bangladesh 2-0 in the group stage of SAFF held in Dhaka in August 2075 BS.

The Nepali National Football Team is leaving for a friendly match against Bangladesh today. 34-member Nepali team including 25 players will leave for Bangladesh in the morning.

According to the All Nepal Football Association (ANFA), the Nepali team will leave for Bangladesh at 9:45 am. ANFA has already bid farewell to the Nepali team on Wednesday.

Fri Nov 6 , 2020
Mumbai Indians have reached the final of the 13th edition of the Indian Premier League (IPL) T20 cricket in the UAE. Mumbai entered the final by defeating Delhi Capitals by 57 runs in the first qualifier held in Dubai on Thursday night. Following Mumbai’s target of 201 runs at the […]