Everton checked Liverpool’s progress towards the Premier League title with a surdy defensive showing in a forgettable Merseyside derby.

Liverpool edged closer to their first league title in 30 years but were frustrated by an obdurate Everton in a 0-0 derby draw at Goodison Park. 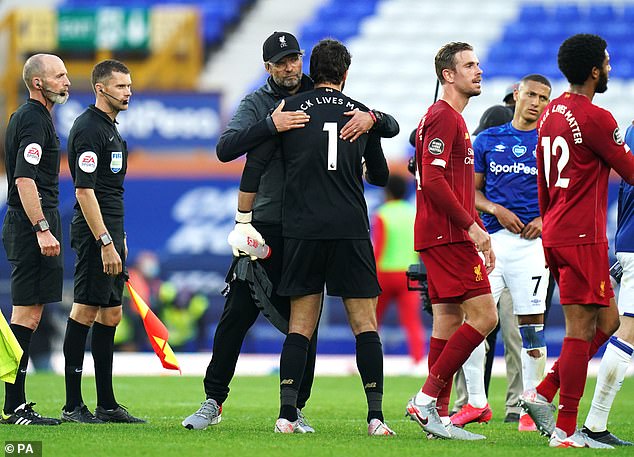 The Toffees are now winless in 19 Premier League matches against their local rivals, although that statistic did not appear to weigh upon Carlo Ancelotti’s approach as his side offered scant attacking threat.

The Brazilian made a stunning stop from Dominic Calvert-Lewin in the second half as Tom Davies’ rebound was deflected onto the woodwork by Joe Gomez.

Alisson’s influence in Liverpool‘s incredible success under Klopp cannot be overstated, with the keeper arriving in 2018 when the Reds were in desperate need of improvement between the sticks. 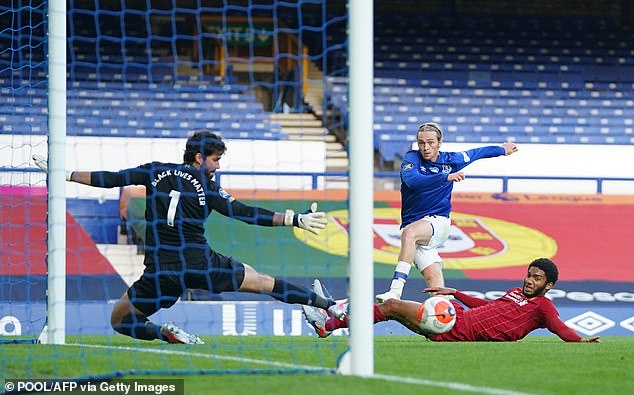 In another of EPL, Chelsea beats Aston Villa by 2-1. K. Hause scored for Aston Villa in 43rd minute and Chelsea did comeback with C. Pulisic and O. Giroud goals.