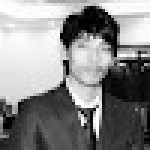 Mbappe and Di Maria scored in PSG victory over Nice

Dean Henderson strengthened his case to be Manchester United’s number one with a brilliant save late on as Ole Gunnar Solskjaer’s disjointed side beat Luton Town 3-0 in the EFL Cup. Juan Mata, Marcus Rashford and Mason Greenwood scored a goal each for the victory. Juan Mata penalty in 44th […]

Rajasthan Royals have made a winning start in the 13th Edition of the Indian Premier League (IPL) T20 cricket in the UAE.  Rajasthan got off to a good start by defeating Chennai Super Kings by 16 runs in the match played on Tuesday night. Batting in reply to Rajasthan’s 217-run […]

Barcelona star man Arturo Vidal has reunited with former Juventus boss Antonio Conte at Inter following a two-year spell at Barcelona. Inter have completed the signing of midfielder Vidal from Barcelona, the Italian club announced on Tuesday. Inter confirmed the signing on their official website and are reported to have […]

Liverpool and Real Madrid have once again been linked with Paris Saint-Germain superstar Kylian Mbappe, who will have just one year left on his contract next summer. Mbappe has two years left on his PSG contract and there is no indication he will sign a new deal with the French champions […]

Royal Challengers Bangalore have made a winning start in the ongoing Indian Premier League (IPL) T20 cricket in the UAE.  Bangalore got off to a good start by defeating Sunrisers Hyderabad by 10 runs in Dubai on Monday night. Batting in reply to Bangalore’s target of 164 at the Dubai […]

Defending French Ligue 1 champions Paris Saint-Germain (PSG) have won for the second time. PSG defeated Nice by 3-0 in the second match on Sunday. France forward Mbappe made his first PSG appearance of the season following a positive Coronavirus test. Di Maria also tested positive for COVID-19 but has […]